12 Forex Reversal Patterns You Must Know 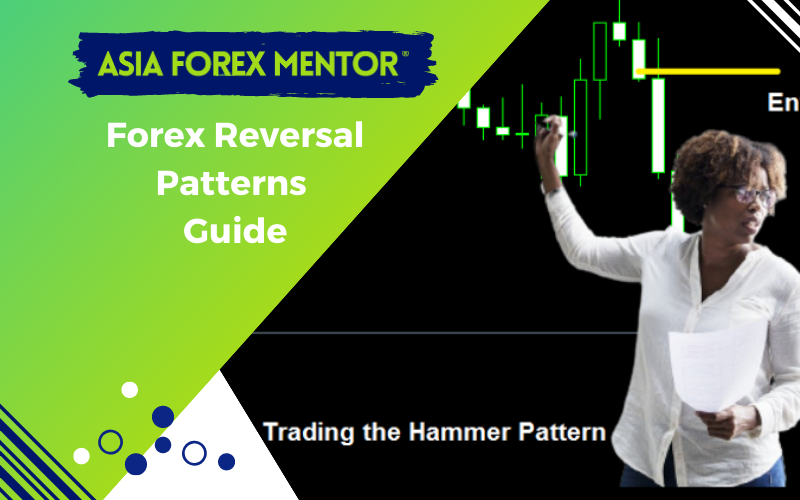 Successful traders trade in line with the trend. They study the charts and master the art of identifying patterns in them. It helps to derive valuable information from the forex reversal patterns and continuation patterns hidden between the candles. The identification of patterns and adapting to the market movements provide successful trade results.

Patterns are unique forms or shapes which occur repeatedly and produce reliable results whenever they occur. Patterns provide clues of the impending next move or a glimpse of the future price movement most of the time. Since these patterns form repeatedly, a careful study of them produces a great understanding of the price movements. This improves the trading results of the forex trader significantly.

Forex reversal patterns provide the trader with the best exit point of a current trend. Similarly, they offer an excellent trading opportunity to enter the markets at the beginning of a new direction. On the other hand, continuation patterns provide a profitable opportunity to add more positions and scale up to maximize profits.

Japanese rice traders used candlestick charts. They discovered that the emotions of the traders widely influenced the supply and demand of a trading instrument. Thus the emotions were considered as an essential factor that influenced the price movements. Human emotions tend to be in patterns, and the chart proved it repeatedly. Candlestick patterns provide valuable clues to those emotions and their influence on prices. The candlestick charting was introduced to the West by Steve Nison.

How to identify trend reversal in forex ?

Many tools have been programmed as forex reversal pattern indicator. But its at the best interest of the trader to manually identify and understand them.

The Hammer pattern is a frequently occurring forex candlestick reversal pattern. Traders easily identify it due to its shape of a long wick and a small body. The length of the wick usually is more than thrice the length of the body of the candle.

During the downtrend, the long wick shows the sellers losing control to the buyers. A hammer formed in a flat market or during low volatile markets may not produce significant results. Most patterns formed during the US or London sessions provide the best results.

The bullish engulfing candle engulfs the previous sell candle. The engulfing of the last candle in the opposite direction indicates the market sentiment to the trader. The bears are in control in a downtrend, but this engulfing candle opens lower than the previous bear candle and closes higher, completely engulfing it. This provides the trader information that the buyers now have control over the market and anticipates a price reversal to the upside direction.

Buyers can enter the market at the close of the engulfing candle, with stops below the previous swing low.

The engulfing candle opened higher than the previous bull candle and closed below it, engulfing it. Traders can visually see the engulfing and enter the markets with a sell position with stops above the last swing high.

This pattern is also frequent, and the formation indicates a price reversal.  In an uptrend, the Harami candle forms as a bear candle. The harami candle opens lower than the previous up candle and also closes higher than it.

The pattern can be traded by entering the close of the harami candle or the previous candle’s open, stopping above the high of a candle before the harami.

If the Harami candle is a Doji, then the pattern is called as Bearish Harami Doji Pattern.

The currency pair can be bought on the Harami candle’s closing, with stops placed below the previous swing low.

The Three White Soldiers is a bullish candlestick reversal pattern and provides the best opportunity to buy the trading instrument.

The pattern is identified by the formation of three bullish candles in a row. It indicates the buyers’ s strength and a possible reversal of market sentiment and a change of trend direction.

At the close of the third bullish candle and stops loss, the entry point is at the low of the first of the three candles.

The Three Black Crow pattern is the opposite of the Three White Soldiers pattern.  The pattern is visible by the formation of three bearish candles continuously in a row.

The formation of three candles confirms that the sellers have indeed taken over the buyers. Since the sellers have the control, the trader enters the market in a sell direction, anticipating prices to continue lower.

The third candle’s close confirms the pattern and serves as an entry point, while the best stop loss points are at the high of the first bear candle of the three crows.

The Morning star Doji pattern is a bullish reversal pattern. The pattern consists of a DOJI candle. The Doji candle can be visually identified by its unique shape representing the ” +. “

A Doji candle has the same opening price and closing price. The Doji reflects indecision in the market sentiment.

A Doji candle may form during indecision periods and low volatility, particularly during the weekends or at the closing hours or the opening hours. There will be less liquidity. The Doji formed during these times may not provide the best trading results. It is always better to understand the formation in context during trending markets, as the formation will signify a real moment of indecision while prices are trending.

The Doji candle can be formed in different types and shapes as Long Legged Doji, Gravestone Doji, Dragonfly Doji.

The presence of Doji indicates indecision in the market sentiment; the following candle validates the Doji. The candle following the Doji closes as a downtrend and confirms the market participants’ intent to move the prices lower. The traders can use other technical tools at their discretion to confirm the reversal and trade accordingly.

This candlestick reversal pattern is opposite to the Morning Star pattern and is similar to the Evening Star Doji pattern.  The pattern can be traded using  he same entry and stop loss conditions.

Candlestick pattern is a part of technical analysis and should be treated that way. They should be included with other forms of technical analysis to derive the conclusion. Candlestick patterns have various success levels based on the appearance of the formation within a trend and display a higher success ratio in higher timeframes. However, they can be applied to all chart frames and provide the same meaning wherever they occur.

Though candlestick patterns are a technical analysis component, they form an essential tool in the trader’s arsenal. It’s beyond doubt that the intense study of the candlestick forex reversal patterns will aid every trader in their chart reading skills.