How To Use the Average Directional Index (ADX) Indicator 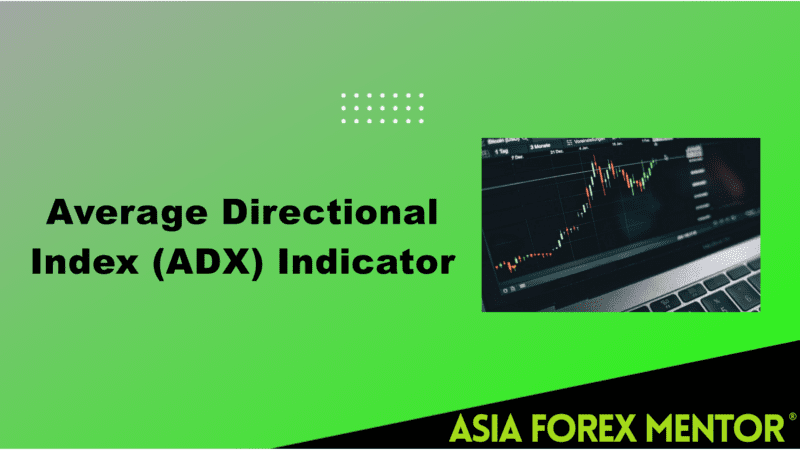 The Directional Movement System’s foundation comprises positive and negative directional movement. Wilder was able to establish the direction of motion between two consecutive lows with the difference between their corresponding highs.

The Average Directional Index (ADX), which gauges the trend’s strength (independent of direction) across time, is, in turn, generated from the smoothed averages of the difference between the +DI and -DI.

By combining these three signs, chartists can assess the trend’s direction and intensity.

Also Read: What is Strategy Tester?

How Does Average Directional Index Work?

The average Directional Index, or ADX, is a trading indicator used to gauge the general market trends’ strength. Eliminating many unneeded and lost transactions is frequently used as a filter to improve an existing trading strategy.

ADX, not the trend direction, displays only the trend strength.

According to conventional wisdom, ADX readings above 25 indicate a significant trend, while those below 15 indicate a stable market that is not currently trending. We may then use mean reversion or trend-following methods based on the ADX level.

For instance, we may only want to go long on a new breakout if ADX displays high ADX values, which denotes a solid and healthy trend.

The length of the ADX now dramatically affects what is regarded as a high or low reading. As you’ll discover later, if you use a length setting that is short enough, ADX readings could very well reach 70 or 80. However, the threshold numbers just mentioned (below 15 for calm markets and over 25 for moving markets), which are the default duration for the ADX, tend to work fairly well!

Calculation Of the ADX Indicator

The difference between two successive lows and their respective highs are compared to determine the direction of movement.

What Does The Average Directional Index Tell You?

The ADX value hits above 25 during a strong trend and moves below 20 when the trend turns weak. The +DI and –DI lines can produce precise trading signals. Enter long when the +DI exceeds the -DI and ADX value reaching above 25.

Conversely, the –DI line crosses over the +DI level with ADX above 25 will be considered as a short entry signal. Such crossovers can also be used to close out open positions.

For example, if you’re holding an open buy position, you may lock the profit once the –DI moves above +DI. The ADX value reaching below 20 indicates the price is not is a steady trend condition and we should avoid placing fresh orders during such periods.

Indicators like the Average Directional Movement Index can be quite helpful while trading. If you notice a breakout in stock, you can go long or short on it.

As an alternative, you can use the indicator to determine whether or not the stock price would keep moving in the same direction. If not, you can buy or sell in order to increase profits and decrease losses.

For instance, the trend wanes if the ADX indicator drops below 50. It would be best if you closed any open trades at this time to limit losses.

Another technical indicator, such as the ADX indicator, can be used to ascertain if the trend is upward or downward.

Also Read: How To Read Candlesticks Like A Pro

How To Interpret the Positive Directional Indicator (+DI)

Traders frequently follow the +DI against the -DI position. A bullish trend is said to exist when +DI exceeds -DI. Thus, the potential for a fresh price rise is indicated when +DI crosses over -DI.

The price is in a negative trend when -DI is higher than +DI. When -DI crosses above +DI, it can indicate the beginning of a downward price trend. The Directional Movement Index is the sum of the +DI and -DI (DMI).

ADX indicates a trend’s strength. According to Wilder, when the Average Directional Index is higher than 20, and especially 25, a significant trend can be seen.

How To Interpret the Negative Directional Indicator (-DI)

Together with the +DI line, the -DI line aids in illuminating the trend’s direction.

Crossovers between these two lines are commonly utilized as trading signals since they might show trend direction. Indicating a price move down, the -DI crosses above the +DI is a sell or short trade indication. A purchase signal is generated if the +DI crosses over the -DI.

The Average Directional Movement Index (ADX) system includes several indices. Traders can better assess the strength of the present trend by adding the ADX line, which is a smoothed average of the difference between the +DI and -DI. The ADX often indicates a significant trend is present when it is over 20, especially when it reads above 25.

Traders can use all the components of the ADX method to aid in better trading decisions. For instance, the +DI and -DI lines display the trend direction and crossovers. A trader may elect only to enter long trades when the ADX is above 20, and the +DI is above or crosses the -DI, indicating trend strength.

The Stochastic Oscillator’s Benefits and Drawbacks

Like most other technical analysis tools, the average directional index has distinct benefits and drawbacks. To make the most of its use, it is essential to comprehend where this trend indicator succeeds and where it falls short.

ADX is a price-following lagging indicator;

When applied to shorter durations, it can provide a lot of false signals;

It is encouraged to use it in conjunction with other indicators because it lacks some of the information required for a complete price action analysis.

The Directional Movement System indication calculations are complex, but understanding how to interpret them is simple. Given how frequently +DI and -DI crosses occur, chartists must use complementary analysis to filter these signals. Setting an ADX criterion will reduce the number of signals, but this ultra-smooth indication tends to filter out as many positive signals as negative ones. To put it another way, chartists may want to put ADX on the back burner and concentrate on the Directional Movement Indicators (+DI and -DI) for signal generation.

The crossover signals produced will resemble those produced by momentum oscillators. Therefore, chartists must go elsewhere for assistance with confirmation. Strong crossover signals versus weak ones can be distinguished using volume-based indicators, fundamental trend analysis, and chart patterns. Chartists can concentrate on +DI buy indications, for instance, when the larger trend is upward, and -DI sell signals when the larger trend is downward.

What is a Good Average Directional Index?

How is the Average Directional Index Calculated?

The ADX indicator is 100 times the exponential moving average of (+DI minus -DI) divided by (+DI plus -DI). The ADX shows market momentum, direction, and whether a trend is present. The +DI and -DI levels define the direction of the market.

What are ATR and ADX? 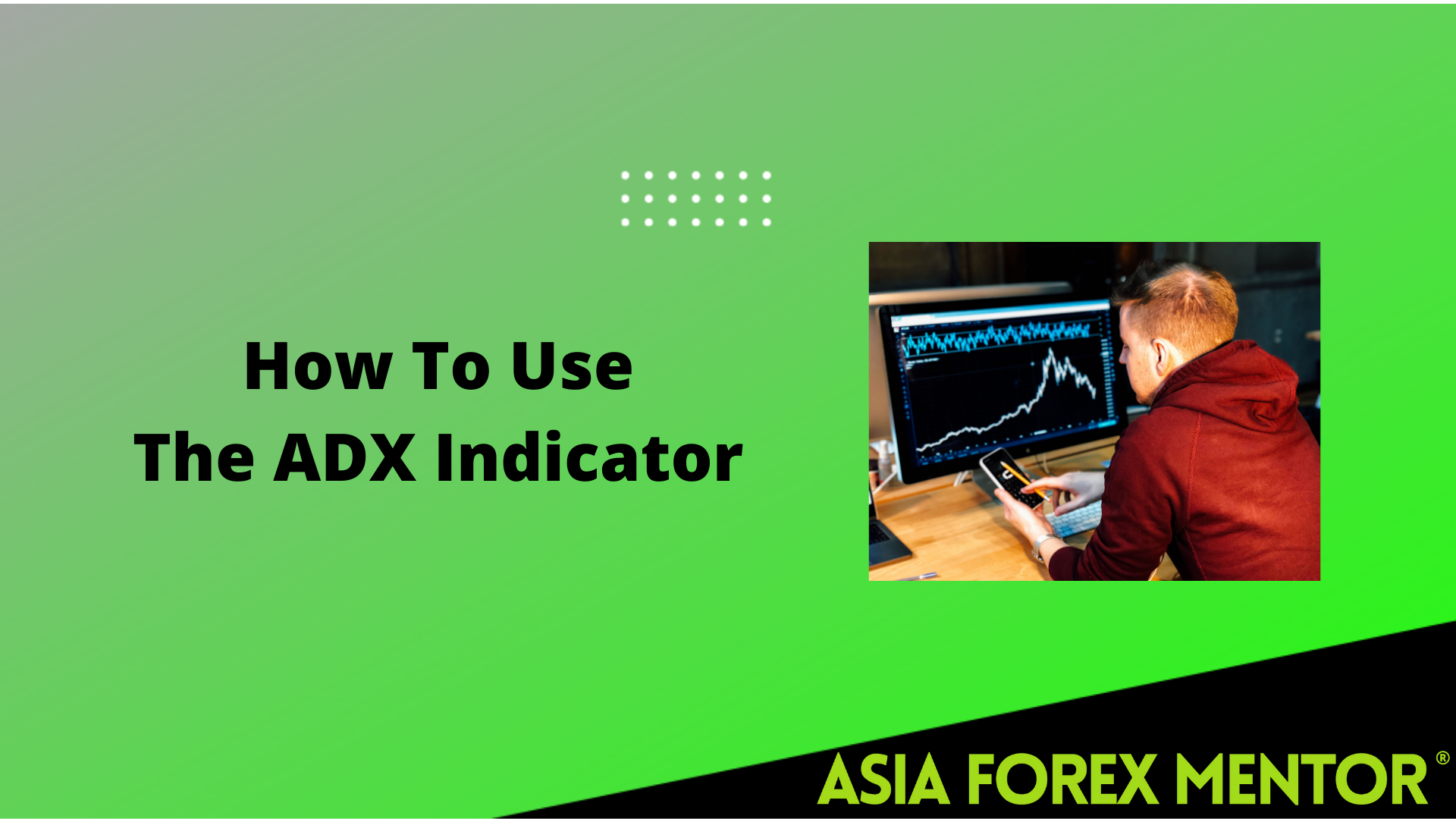 How To Use The ADX Indicator 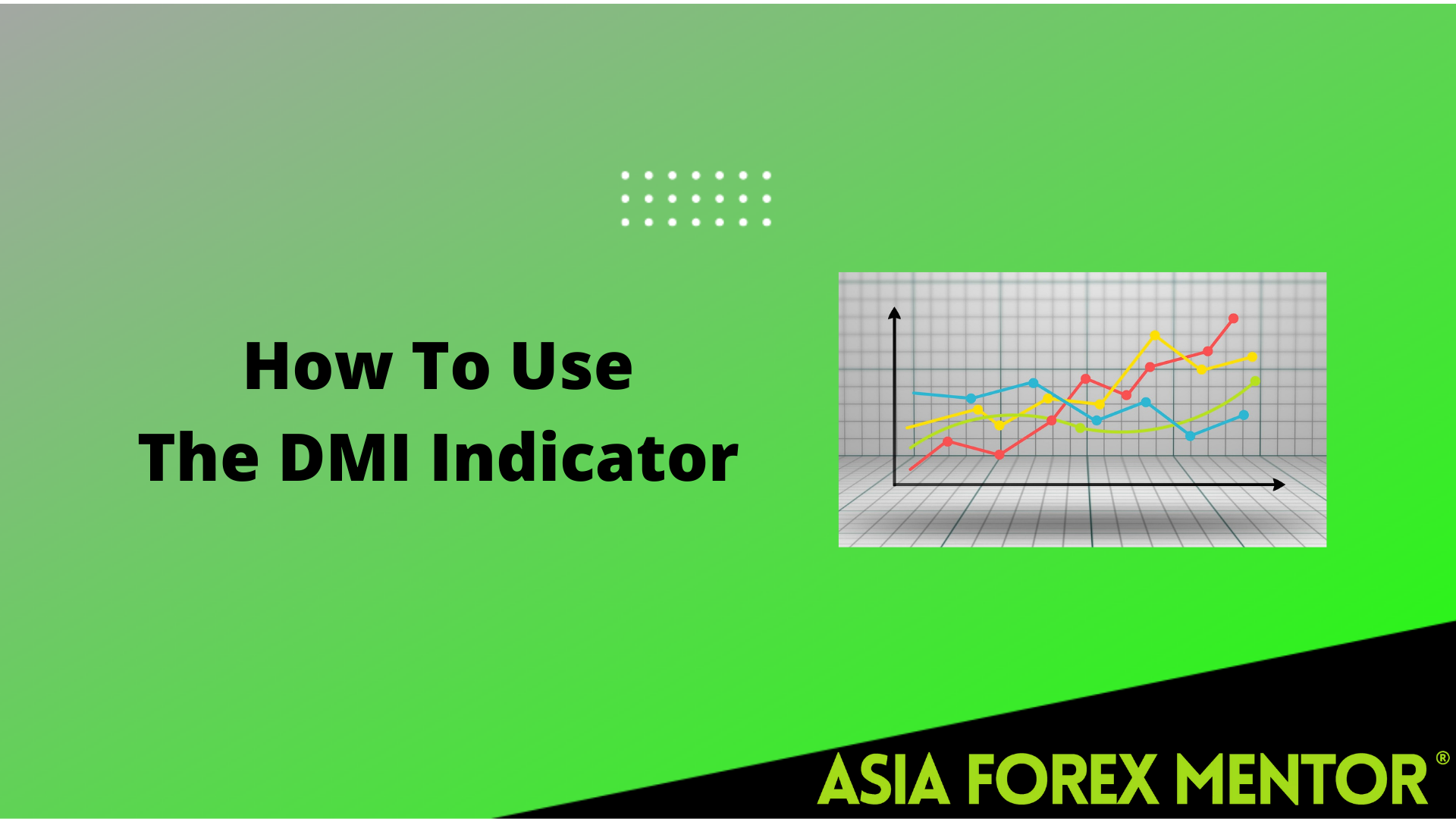 How To Use The DMI Indicator 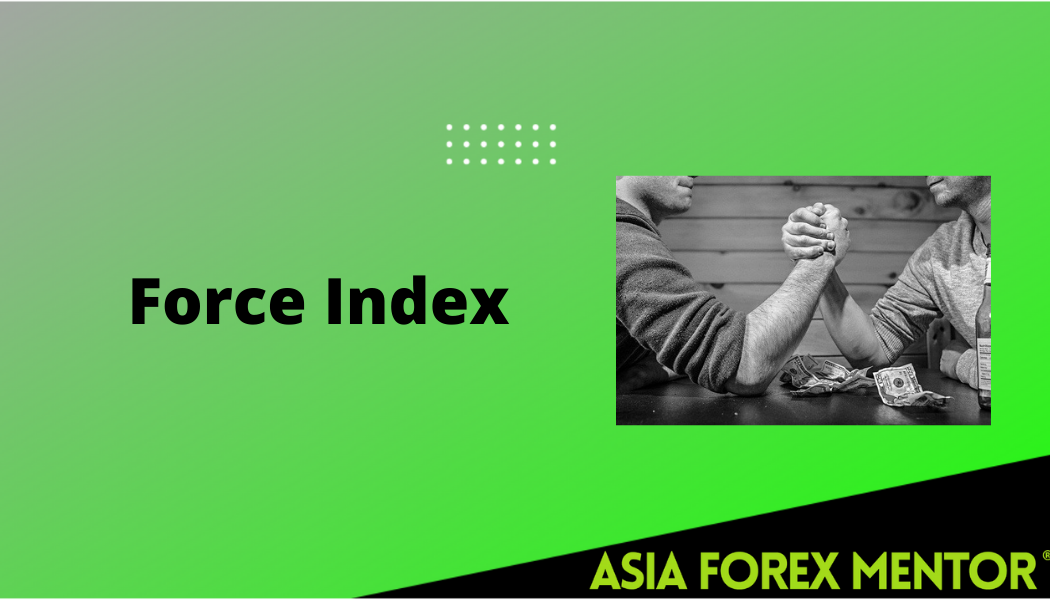 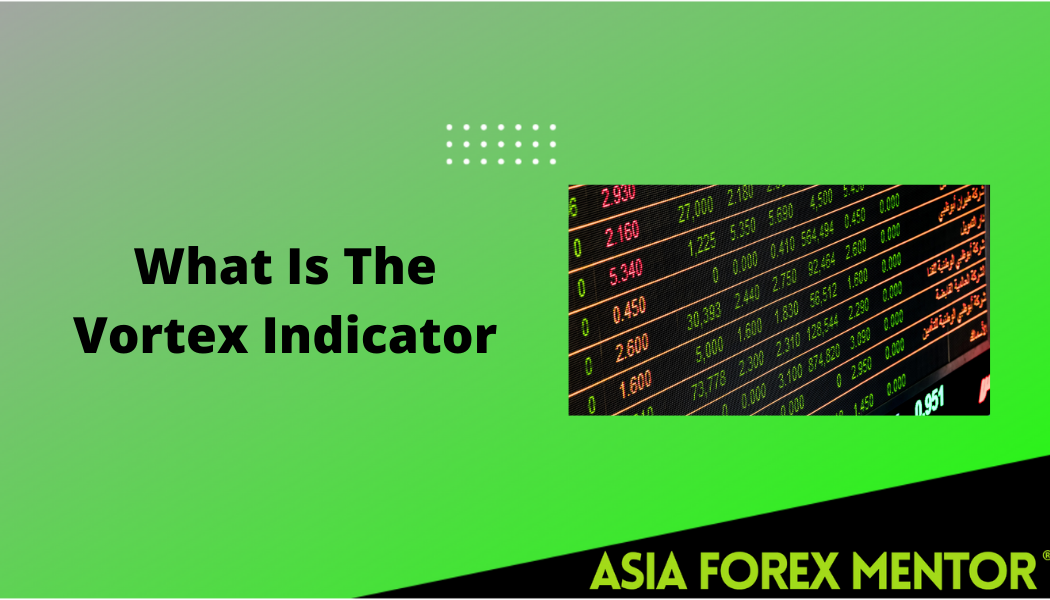 What Is The Vortex Indicator? 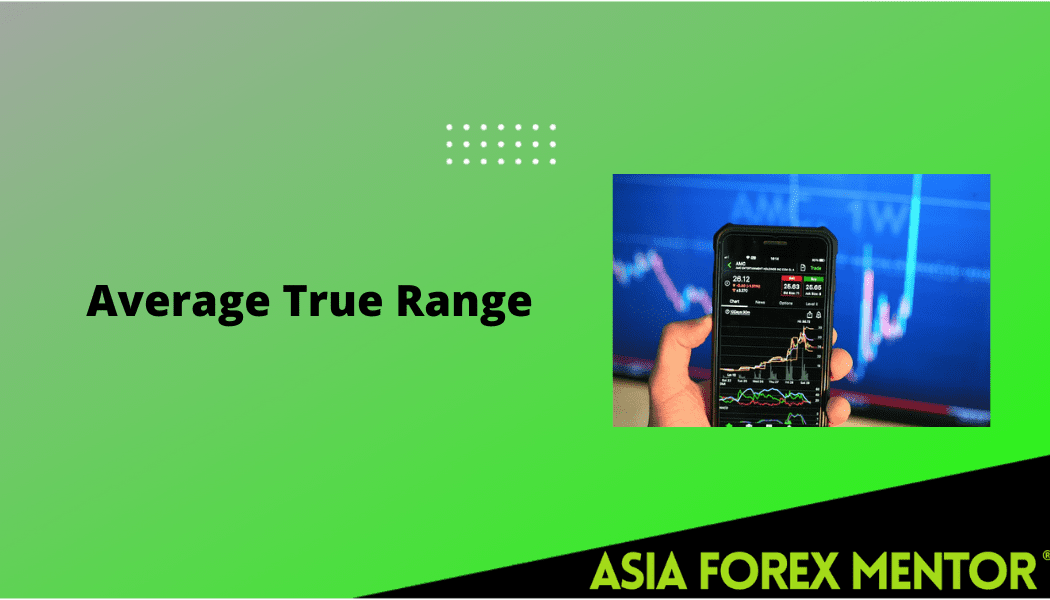 What Is the Average True Range (ATR) Indicator, and How to Use It? 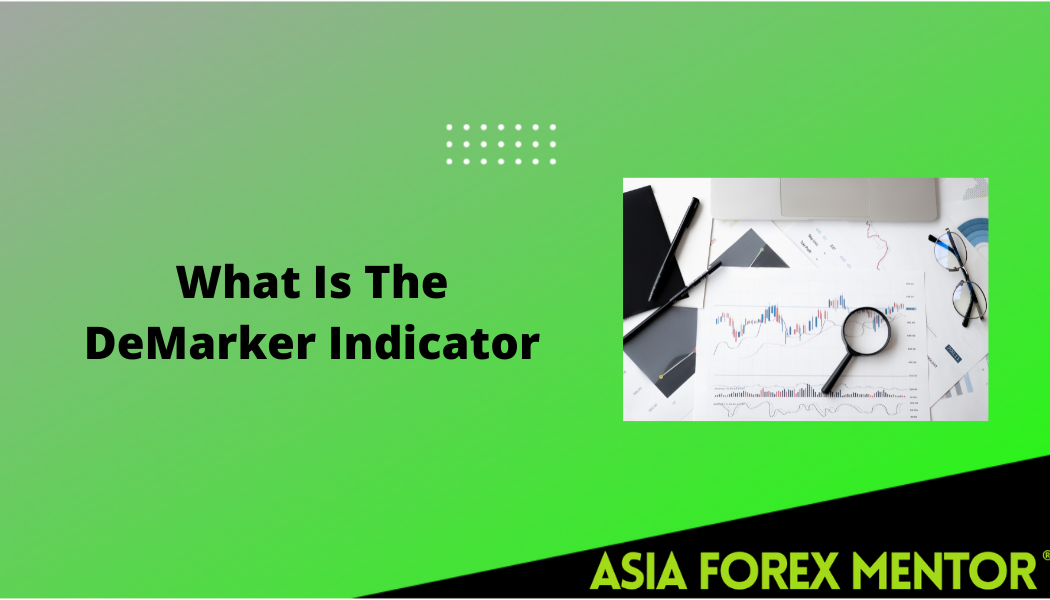 What Is The DeMarker Indicator?