How Do You Trade the Golden Cross?

The Golden Cross is a technical analysis used by investors, to track an asset when a faster-moving average crosses above a slower moving average. The moving average convergence, suggests that the reference stock or currency will move in the same direction. Brokers see it as a bullish indicator that confirms an upward breakout move. Signaling it is time to buy and make a profit. 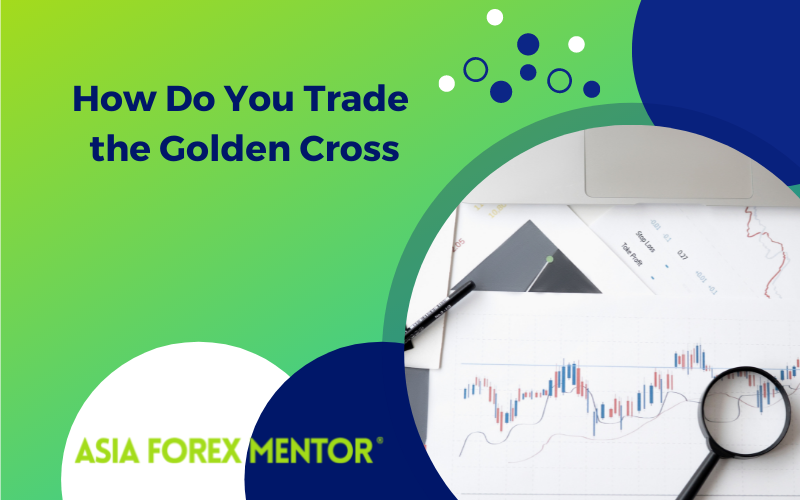 It sounds like something out of the Bible. Not surprisingly, the Golden Cross has deserved its reputation among brokers as the “holy grail” of technical analysis.

It is perceived as an indicator of a bull market and a signal to buy. However, some investors question the validity of the Cross-chart pattern.

Still, many traders use the Golden Cross to decide what kind of a position they need to take on the market. Should they play the long or short position in the trading game? The Golden Cross helps investors predict what way the market is heading. And how they could structure their financial portfolio going forward in the market.

Potential for an Uptrend

The 50-day moving average is an arithmetic average, of closing price levels over the last 50 periods or days if you are using the daily chart.

Phases of the Golden Cross

If you want to understand the behavior of a stock, then the Golden Cross cannot be used in isolation. The periods before and after the crossover needs to be considered when forming an opinion regarding the stock. But it can be a good indicator of a bull market.

It is ideal to divide the behavior of the stock into three stages.

When after a certain period, price action turns sharply higher, after previously trending lower. This is a signal that a downtrend is starting, which could result in a reversal of trends. When a downtrend finishes and the price finds its bottom, there is a big gap between a 50 faster-moving average and a 200 day slower moving average.

This is the moment the 50-simple moving average crosses above the 200 SMA, providing the bullish backdrop for the market. This is the trigger to look for entries into the market.

Price action advances higher after the golden cross is observed, often creating a fresh uptrend. Ideally, in this stage, you may observe the shorter 50 SMS acting as dynamic support for price action and the price continues to trade above the 50 SMA for some time.

It is important to take into account all three stages if you want to effectively use the Golden Cross. 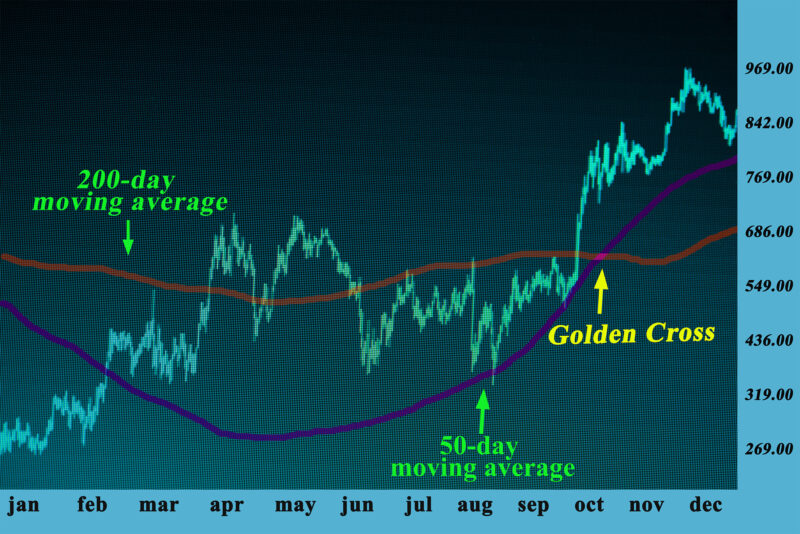 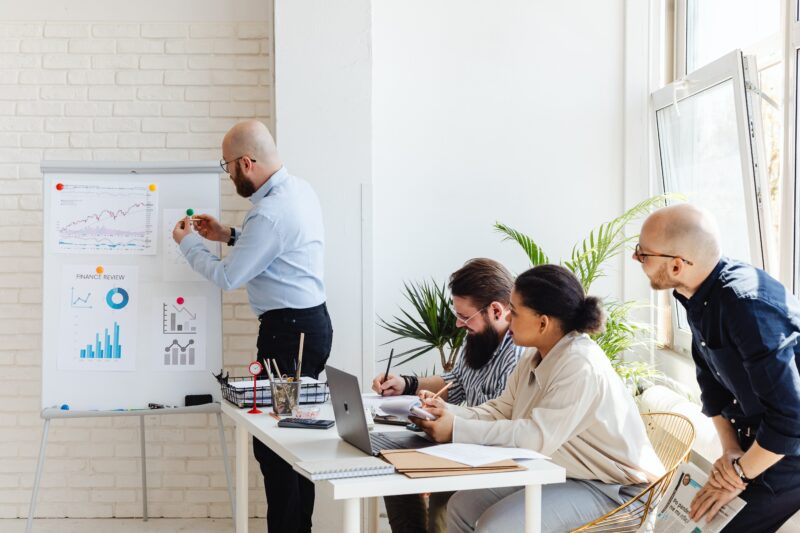 Investors use the Golden Cross as a tool to determine what is a good time to buy and hold. But also, when they should exit and keep their earnings. Traders who want to buy assets will sometimes enter the market, when the stock price rises above the 200-day moving average instead of waiting for the crossover for the 50-day moving average.

The reason behind this move is because the Golden Cross is often a lagging indicator. It may not happen until the market has turned from bearish to bullish. The point is to remember the three stages of the Golden Cross when trading.

Traders who prefer to short the market, use the Golden Cross as an indicator that the bear market is over and it’s time to exit their positions.

Some traders chose to use different averages to indicate a Golden Cross. For example, a trader might substitute the 100-day moving average in place of the 200-day moving average. The pattern can also be looked for on shorter time frames, such as an hourly chart.

Skepticism about the Cross Pattern

There are market analysts who refuse to use the Golden Cross. They don’t see it as the key to the market. For them, the main point is that it is not a reliable financial indicator for trading. Their complaint is that the Cross pattern is a delayed signal. In their view, the Golden Cross pattern has limited value in predicting trajectories for traders.

It can be useful for the confirmation of new trends. But not to identify the trajectory beforehand. Therefore, analysts can only identify that the asset is in the first stage of the Golden Cross.

Their argument about the two moving averages is supported by many charts.  Looking over most of them, you can see that the market bottomed out and turned to the upside, at a price level substantially below where the Golden Cross occurred.

The Golden Cross is a self-fulfilling prophecy. It is a technical indicator favored by investors. Because of that, it attracts a large amount of buying in a market. Brokers see the pattern and buy the market. This effect causes an avalanche effect with more traders joining in and sustaining a bullish trend.

Focus On When the Moving Average Crosses

Traders frequently utilize the Golden Cross to analyze a market chart over some period and look for indicators. When preparing their strategies for going forward in the market. They use the data provided by analysts to determine financial risk. It is important to understand that it is not the only factor when taking a long position.

The prospects of the stock should be determined before you decide to trade the Golden Cross. You need to find out if the stock is overbought or oversold. We can offer few tips when using this cross-over strategy. That can increase your chances of winning the high trading games.

When formulating a trade using a cross-over strategy, the most important move is to identify a Golden Cross on a higher timeframe. Blindly going long on a golden crossover is not advisable. Investors should make their entry on a lower timeframe. You can achieve this by identifying the strength, and patterns in the stock.

Example of When the Golden Cross Occurs

The best way to demonstrate a Golden Cross is with a real-life example. Let’s take the case of E-Mini S&P 500 futures. Looking at the chart you can see the in July the red line indicating the 50 SMA crossed the blue line representing the 200 SMA.

The index rebounded fast after dipping below the 200-day moving average. It was only in late October/early November that the Golden Cross was confirmed. Investors going long on E-Mini S&P 500 Futures would have made a profit. But buying any time during the period of consolidation, this would have been a gamble. 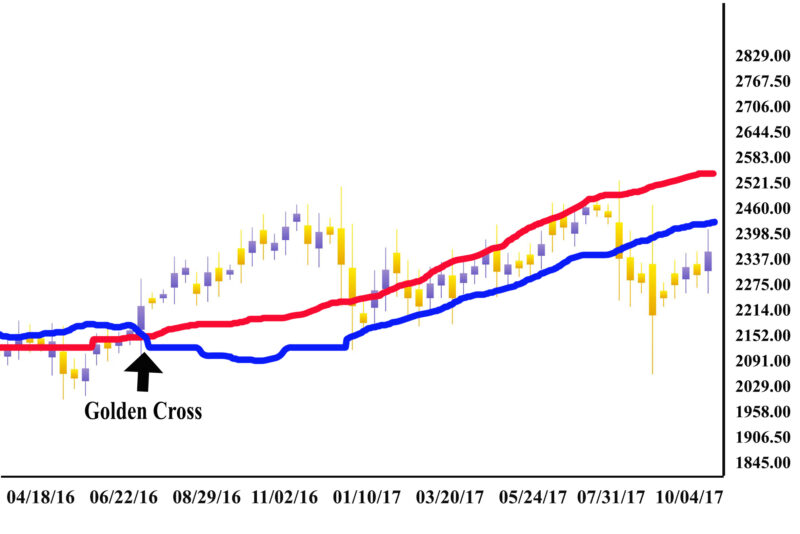 Look for False Flags and the Death Cross

While the Golden Cross is an indicator of an uptrend, the Death Cross is a signal of a decisive downturn in a market. It is important to identify t in time to prevent losses.

While technical indicators are useful it is still advisable to use stop-loss limits. Those looking to invest in a new trend before waiting to confirm it are taking a calculated risk. If it is confirmed, they will likely have more upside potential, taking a greater risk at a lower level. If the trend fades, and the index reverts to its previous trading range. A stop-loss limit would limit most downsides.

Those who successfully use the Golden Cross in their trading strategies are ready to react to change. The more technical indicators that support a change in market direction, the more you should follow the new direction. However, once the trend is confirmed, it is still not simply a case of buying futures and taking your eye off the ball.

It is important to have stop-loss limits to limit your losses when false flags occur. There are cases when a 20-day moving average moves up through the 50-day moving average. There was a relatively short period of consolidation and then the traditional climb higher, as buyers took control.

But the new trend was short-lived and interrupted by a short sharp move down. The index but not the short-term trend line crashed through the 20-day and the 50-day moving averages. 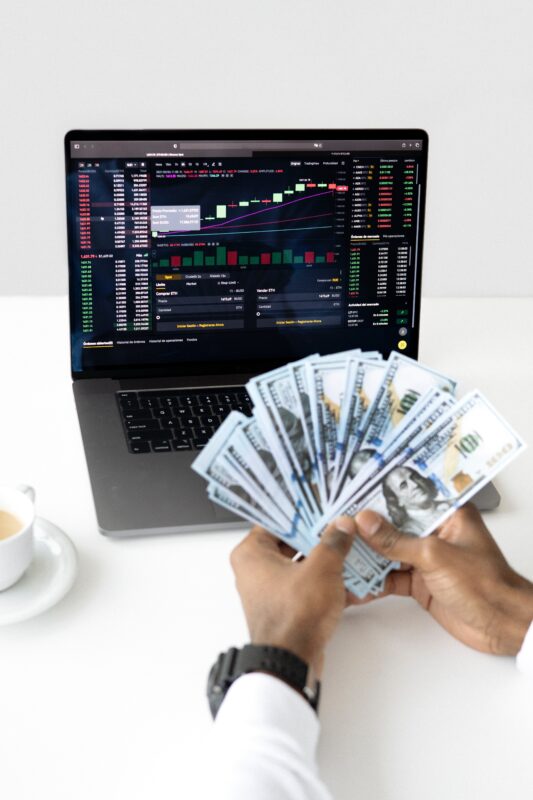 The Golden Cross is the most familiar chart pattern for brokers. But if compared with other technical patterns, the profit potential is not spelled out. The concept behind the Golden Cross is to use it as a signal of price trajectory changes. When you recognize the new uptrend, you start trading the stock.

One aspect of the Golden Cross that is discussed is the fact that it is a lagging indicator. Information of historical prices lacks the predictive power to pre-empt future price movements. This is also the reason why it is frequently used hand-in-hand with other indicators or fundamental analyses to make a trading decision.

Golden Crosses don’t occur as often as other technical indicators. Many argue that Golden Crosses are more profitable because investors are prone to bullish long-term sentiment.

The appeal of such bullish signal is the fact there will be opportunity for discretion amongst investors. Because of the new signals in the early period, some may take excessive financial risks. While others may want a solid confirmation, at the price of reduced potential profit.

What does it mean when the 50-day moving average crosses the 200-day?

How long does a Golden Cross last?

It depends on the circumstances. There are cases where it is a daily phenomenon, but it can also last for months.

What is the best time frame for Golden Cross?

How do I confirm my Golden Cross?

Look at the chart pattern. When the 50 SMA crosses the 200SMA you have a Golden Cross. Higher-timeframe signals are more reliable than lower-timeframe indicators. Golden cross on the daily chart will have a bigger impact on the market than on an hourly chart.