Traders active in the Forex market should familiarize themselves with the theory of interest rate parity, which proposes there is a connection between the movement of currency values and interest rates.

Investors can forecast the exchange rate in the near future by observing the variation in interest rates between two countries.

At its core, the concept is driven by the interest rates based on the association of the two currencies spot exchange rate and forward exchange rate.

However, as is the case with other theories, the formula can be adapted to resolve any component in the equation that draws various inferences. When the IRP is correct, traders are not able to generate profit with borrowed money, by swapping it for a foreign currency, but at a later date exchange it back to the native currency.

The concept of interest rate parity is crucial because when the interest rate parity relationship is not true, traders can earn a profit without subjecting themselves to risk. In situations where IRP does not hold, there is a possibility to implement an arbitrage strategy. If we take an example, in which the forward exchange rate isn’t balanced with the spot exchange rate.

When the contract reaches maturity, the investor exchanges the currency back into the local denomination and repays the original loan.

In a situation where the forward price is bigger than the IRP equilibrium forward price, you will be left with a larger profit. This is a perfect scenario, because the investor made a profit, without risking any personal cash, but used borrowed funds.

Interest rate parity is crucial in discerning the resolution in the exchange rate. Based on the IRP equation, we can observe that alteration in the interest rate can influence the prediction of the spot rate at a later date.

When keeping a foreign country’s interest rate stable and improving the interest rates in the home country, where there will be an assumption that the investor’s local currency will increase in value when compared with the foreign currency. This will influence the predicted exchange rate.

The Mechanism of Interest Rate Parity

We can hypothetically consider that the spot exchange rate of 0.70 Australian dollars for every Canadian dollar (AU$0.80/CA$1). To be more accurate you can exchange CA$1000 and receive AU$800.

But we don’t have to exchange our currency directly in Australia, we invest in Canada where the interest rate is 6%.

Learning the forward rates is important for using IRP, as it applies to arbitrage. Forward exchange rates signal what will be the price at a later date while the spot exchange rates indicate what is the present rates.

The forward rates are offered by banks, ranging from a period of a few days, up to several years. Forwards get quoted with a bid-ask spread, just as with spot currency quotations.

In the case of a covered interest rate parity, forward exchange rates have to absorb the variations in interest rates between two countries. Alternatively, there will be an option for arbitrage.

Meaning investors will not benefit by borrowing a currency with a low-interest rate and investing in a higher interest rate currency.

Profits in this situation are identical to those from investing in interest-bearing instruments. With a covered interest rate parity condition, the expense hedging risk counters the larger returns that would have been received by investing in a larger interest rate currency.

In theory, when the interest rate differential among the countries is 4%, then the currency in the country with a bigger interest rate will depreciate by 4% counter the other currency.

When floating exchange rates were incorporated in the 70s, currencies from countries with larger interest rates are not losing value but the opposite they appreciate. This is an interesting puzzle that has been researched extensively.

Is the anomalous situation rationalized with the carry trade where traders borrow low-interest currencies and invest the profits larger -yielding currencies?

The selling of the borrowed currency in turn affects the foreign exchange markets.

There is a large degree of similarity between interest rates that are covered and uncovered. The key acquiescence is that the uncovered attributes in a situation where arbitrage is not used when the forward contract gets implemented.

However, in an uncovered the habitual exchange rate modifies, and the rate stays stable. The idea is a segment of the predicted spot exchange rate.

With an IRP that is covered, it typically applies to a situation where no-arbitrage gets fulfilled with the implementation of a forward contract.

With the covered IRP, traders can be impartial as to should be invested in the local interest rate or another country’s, because the forward exchange rate is keeping the currencies in balance.

The Formula for IRP

When examining any formula that gets used for calculations, it’s important to learn the terminology, and that is the case with the interest rate parity formula.

We already covered this, but a small refresher course is necessary before moving forward. The swap point is the difference between a spot rate and a forward rate. If this difference is positive then it gets labeled as a forward premium.

And the negative difference is the forward discount. If a currency with smaller interest rates is related to one with larger rates, then it gets traded at a forward premium. 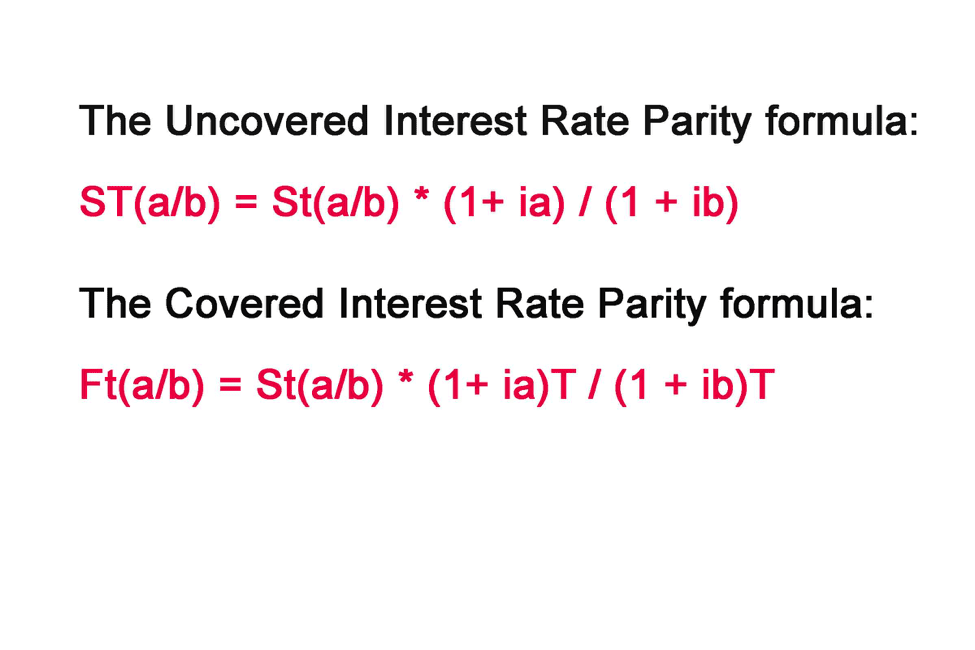 This is done by selling a one-year forward contract on the pound. Yet with the covered IRP, the transaction would only have a return of 1% without a violation of a no-arbitrage condition.

The Conceptual Basis for IRP

IRP is a basic formula that regulates the connection between interest rates and currency exchange rates. The core idea is that profits from investing in various currencies need to be identical, without any influence from the interest rates.

Basically, arbitrage is the simultaneous buying and selling of assets and making a profit from the price variations that are present in markets of foreign exchange.

The idea is not complex, traders observe foreign exchange markets, and are not able to lock in at the present exchange rate in one currency for a smaller price and then buy a different currency from a country providing a larger interest rate.

Investors have to learn the two types of interest rate parity, the concepts that drive hedging strategies, and the fundamentals of forwarding exchange rates.

The knowledge helps Forex traders to use interest rate differentials for their benefit. The appreciation and depreciation of numerous currencies can provide a situation for large earnings.

Interest Rate Parity suggests that the variation in interest rates among two countries is the same as the difference between the spot exchange rate and forward exchange rate.

IRP enables investors to recognize the connection between spot rates, interest rates, and forward rates and indicates there will be no scope for arbitrage, for interest rate differentials because the variation in the exchange rates is shown as a forward premium or forward discount.

Interest Rate Parity can be covered or uncovered and this gets decided by the existence or non-existence of a forward contract. Every trader active on the Forex market should learn the interest rate parity for more profitable investments.

What is an example of interest rate parity?

When a trader in Canada plans on benefiting from the interest rates in Britain, the investor will exchange Canadian dollars for the British pound to buy treasury bills in Britain at take advantage of the more profitable interest rate.

How do you calculate interest rate parity?

There are various formulas for covered and uncovered IRP. The formulas are provided in our guide. The formula gets implemented by investors searching for arbitrage opportunities. Global investors that want to find the most opportune investments in different economies use the IRP as a method to compare various options.

Why does interest rate parity exist?

What Are Forward Exchange Rates? 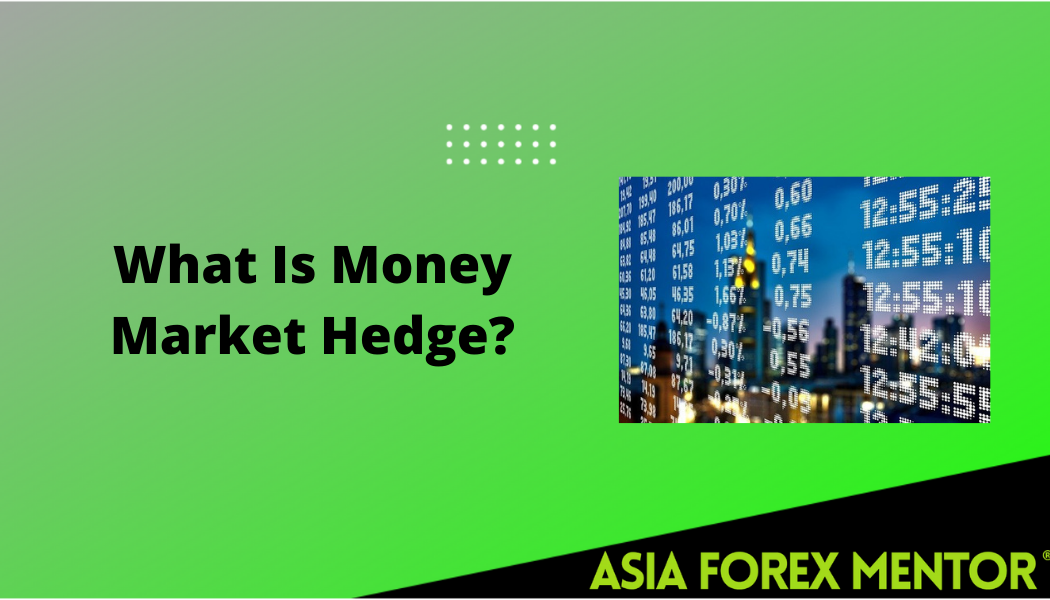 What Is Money Market Hedge? 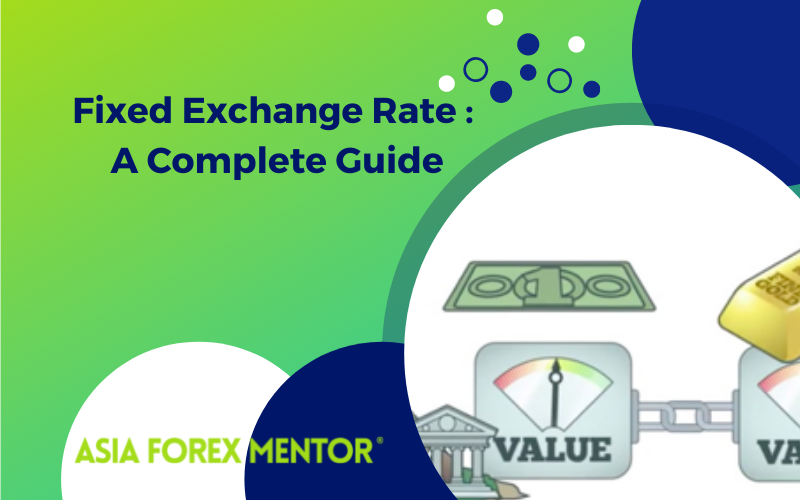 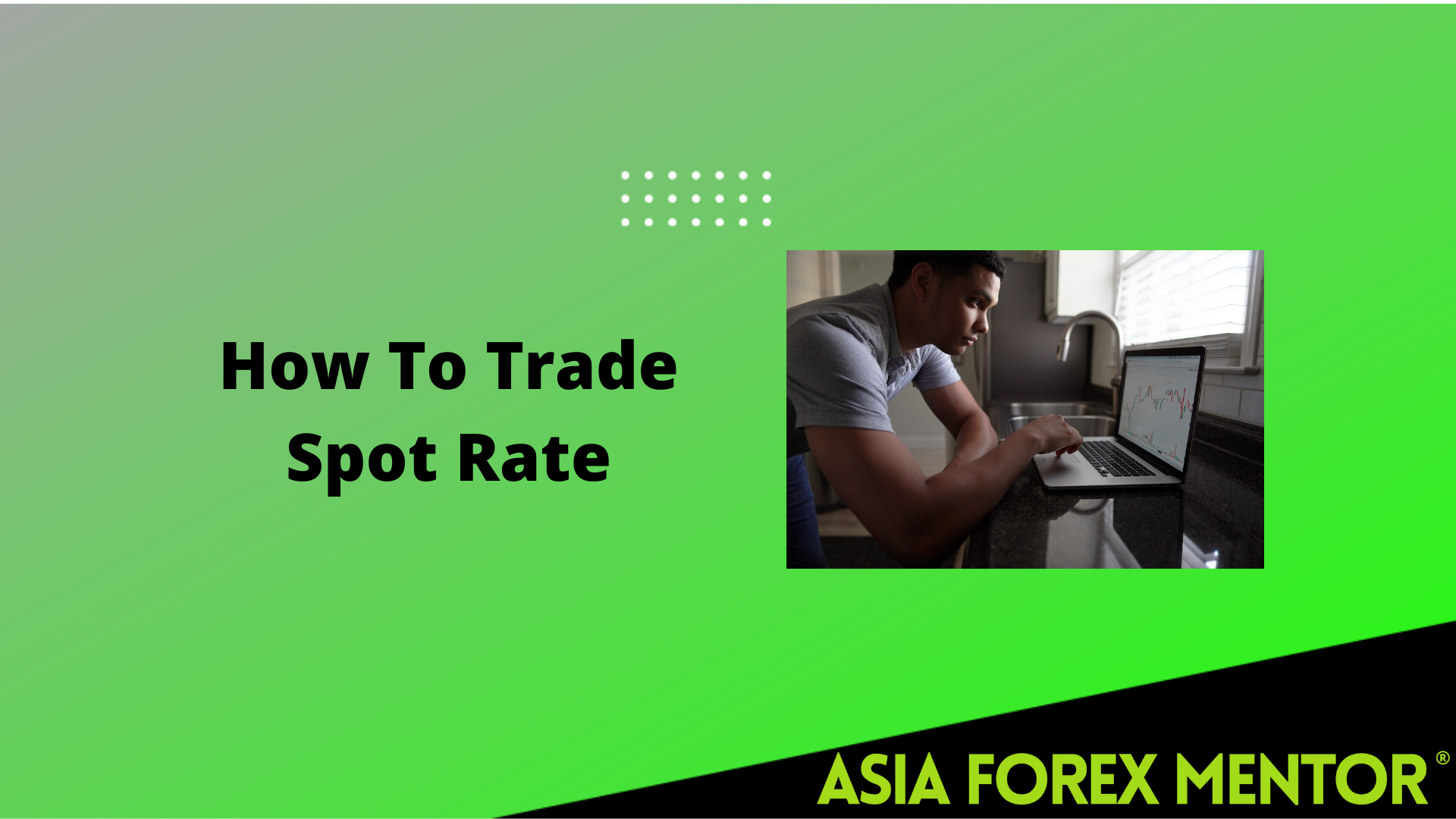 How To Trade Spot Rate 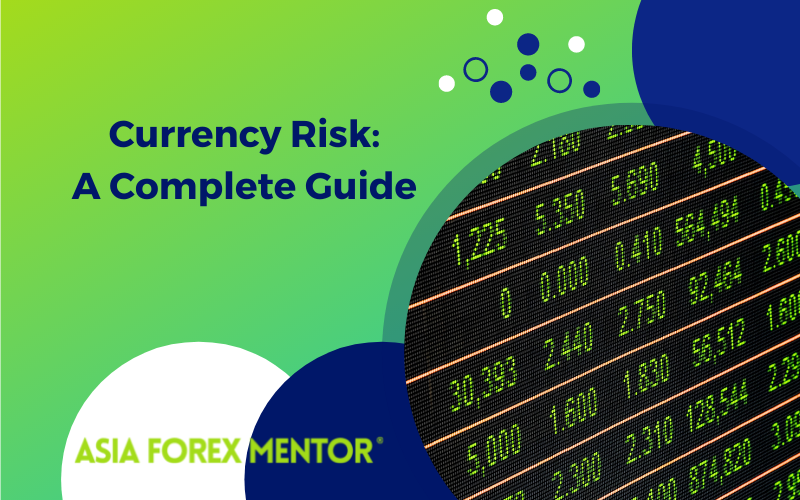 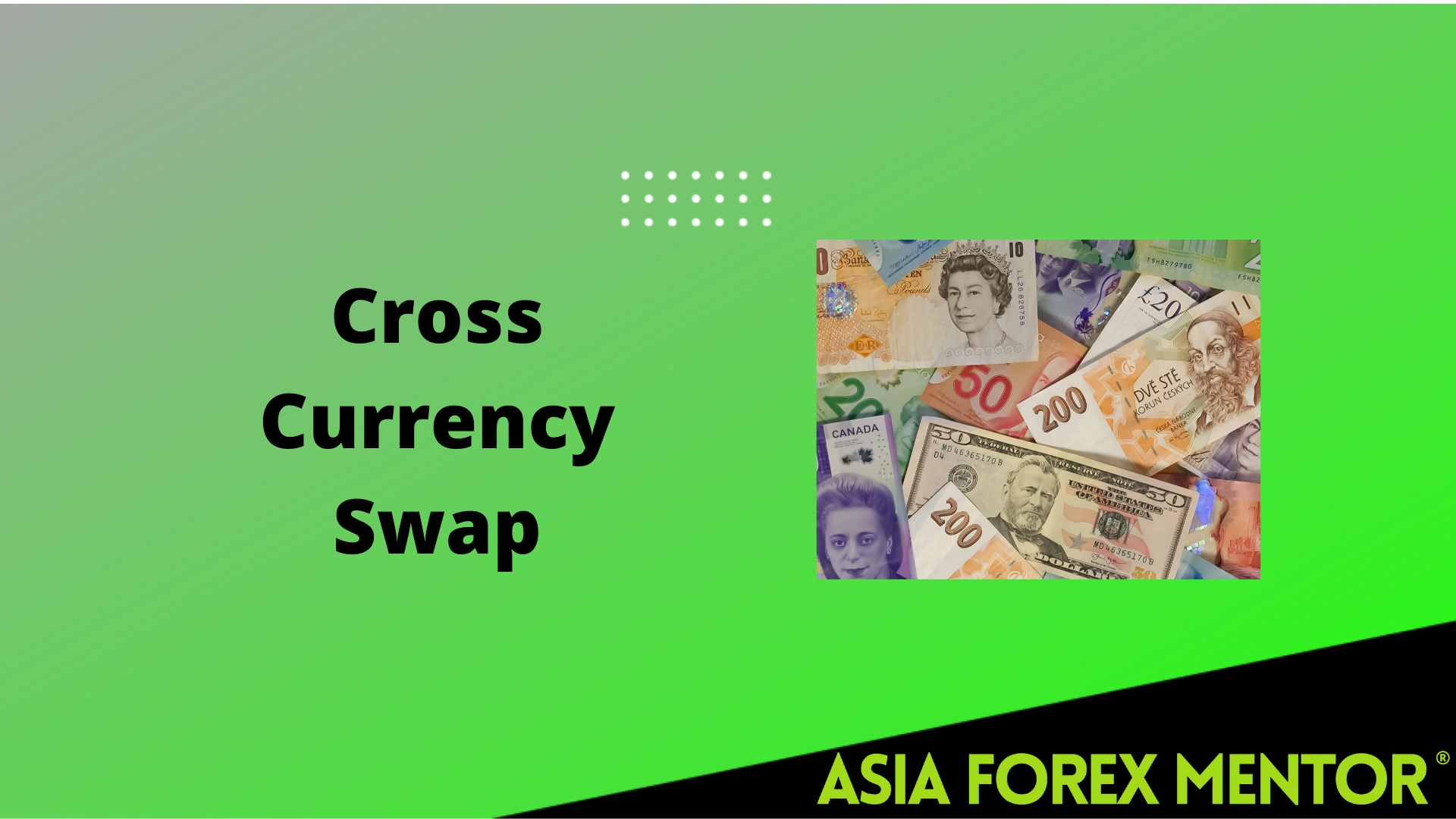 Cross Currency Swap – All You Need To Know 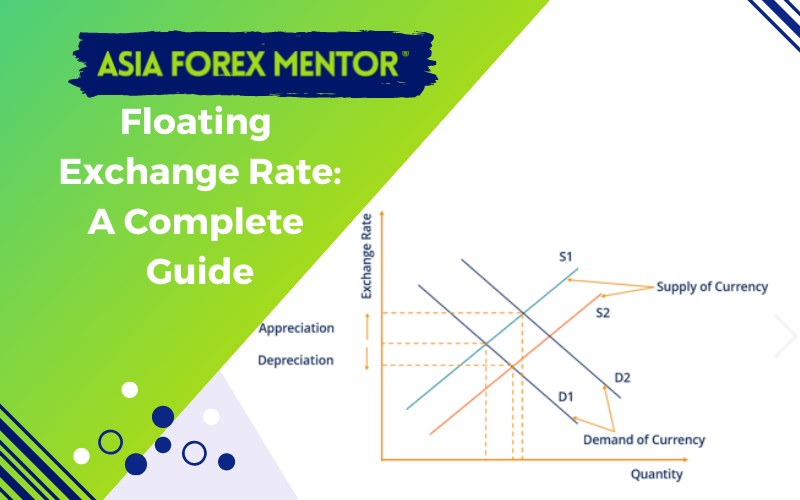