What is Pairs Trading? 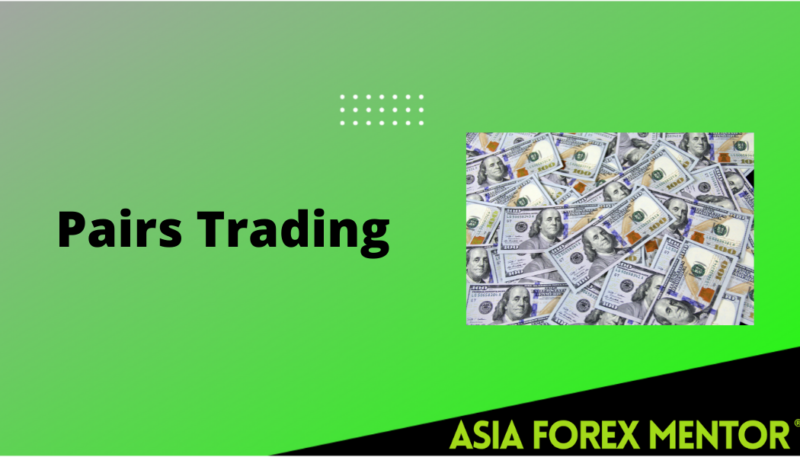 What is Pairs Trading?

This is a trading strategy that involves comparing two stocks, companies, securities, or trades. It also entails matching positions together in the stock market. The long and short positions have to do with two companies that have a high correlation.

In the stock market and other investment strategy, the pairs trading strategy is one of the most popular. It has a wide range of jurisdictions, from futures and currencies to ETFs and equities.

Based on reality, capturing the evolution of the price of assets, whether single or double is difficult. But pairs help in modeling these prices for easy decision-making.

In pairs trade, trades will make a profit when there is a convergence in the price of the companies or assets been evaluated.

The main point of the strategy relies on the high specified correlation that these assets will keep to a definite link. However, the major risk involved in this is the prediction of these securities falling out of said correlation.

This type of trading was introduced by a group of technical analyst researchers in the mid-1980s. These researchers were employed by Morgan Stanley which is a financial service company and a multinational investment bank.

To get accurate information about potential market-neutral profits, pairs trade strategy makes use of technical and statistical analysis.

Since pairs trades are based on historical trends and historical correlation, you can follow the sequence that has been invoked to make your analysis. These market-neutral strategies in question are key aspects when it comes to a transaction in pairs trading strategies.

With market-neutral strategies, the focus will be on positive correlation since it involves short and long positions from two assets.

Moreover, the positions in question are the key to an evading strategy of which benefits shall evolve either from the positive or negative tendency. Keep in mind that the main driver behind the statistical arbitrage strategy’s profit is a high positive correlation.

During trading, the moment a trader identifies the discrepancy that exists in the correlation pairs trade is better deployed.

While using pairs trading strategy, investors will withdraw from the long position whose security is underperforming and sell the outperforming security short.

As earlier stated, profit is made from the point where price converges when the securities return to the initial historical correlation.

Not entirely, but it does work. It is dependent on the securities you select and the way you conduct trades.

Trading in pairs is a practice that has been around for a long time. You should give it a different spice or extra evaluation. If you’re using a stock pair trading technique, you’ll use more than one combination of equities.

In today’s market, it is believed that a single commodity pair is not sustainable. To do effectively with stock pairs trading, we ought to have a large number of pairings perhaps dozens going at acceptable stake levels.

Pairs trading has proven to be essential to traders especially when dealing with two stocks. There are advantages and merits of pairs trade to let’s get to it.

When pairs trade strategy and things go according to plan, the investor tends to make a good profit. The investor in question also has the power to alleviate any potential losses that might arise during trades.

The profit in pairs is gotten when some of the failing securities get back their value and the price of outperforming stocks devalues. The total amount of value gained from two positions is known as net profit.

With pairs trading, it is easy to control some targeted risks and unwanted risks as well. To avoid the negative effect of market movement and place a bet based on the performance of dropbox and box, a pairs trade is needed.

Pairs trade strategy can be dangled by closing a side of the pairs and letting the other side run smoothly. This can be done by keeping both sides of the trade and waiting for the change in market condition. For example, pairs trade also allows you to hold off on a trade until it converges if it doesn’t go your way.

For every advantage there must be a disadvantage and pairs trade is not exempted.

From the start, we have mentioned that pairs trade relies on a high correlation between two companies, stock or securities. The fact is that a correlation of 0.80 will be required from each correlation; this can turn out to be hard to detect.

Amid the accuracy of historical followings, the prices used before are not always correct and helpful for the future. The past prices turn out to be helpful to just the past trends. The 0.80 requirements can lead to the reduction of the outcome expected from trades.

Pairs trading is a method that uses statistics to establish a relationship, it helps identify the direction of causality, and then determine how to conduct a trade based on historical results.

The pairs trader seeks to profit from market inequities between two or more monetary items, such as stocks or hedge funds, in the hopes of profiting when the imbalance is remedied.

The pairs trader will employ statistical, foundational, technical indicators, and even odds to evaluate these linkages.

Finding substantial correlations between investment products is one of the most important aspects of pairs trading, as it lays the groundwork for subsequent investigation.

The collected information is then examined to uncover the knowledge that enables the trader to execute profitable trades efficiently and logically.

Pairs operate because two or more stocks, index values, sectors, or other financial tools correlate. Consider a highway and the access lane that frequently runs beside it. The service road often borders the highway directly, but geography or development can cause the two to diverge.

The dispersion or measurable distance between the two things going together—can be thought of as the area between the highway and the service road. To locate a tradable link of inequality opportunities, the pairs trader uses statistics to try to measure the gap.

According to the observation of the market, there are some examples of pairs. These examples will be mentioned and explained further.

Pairs trading comes in two constructs; trades can go with either of them or transform one to another. To transform pairs trade from the theoretical point to the practical point, traders should follow the steps below:

Pros and Cons of Pairs Trading

The strategy’s market neutrality is one of its benefits. The analysis of larger market dynamics requires little thought or time. Short-term investors can utilize a lower standard variation or a quicker time scale. For example, a 30-minute chart to activate additional trade indications with this method.

The likelihood that a disparity may stay considerably further than predicted, or that prices will simply continue to diverge due to significant alterations in firm structure or function, are also disadvantages. This is the reason for setting a risk limit that would avert any calamity if two stocks continuously move away from synchronization.

In a summary, pairs trading is wagering on whether the prices of two or more securities will diverge or converge.

When the deal is closed, the trader bets that a $50 stock and a $55 stock, for example, will get a higher or lower spread of $5 in this instance. Divergence traders desire a rise in the spread, while statistical arbitrage and convergence traders expect a drop in the spread.

Pairs trading can be used by anyone, but it has traditionally been used by professionals and individuals who have a thorough understanding of short selling.

Several steps will be required to transform pairs trading from a theoretical construct to an actual reality capable of earning profits.

The wide market is full of ups and downs that force weak players out and perplex even the most astute forecasters. Nevertheless, investors and traders can earn in any market environment by employing market-neutral tactics such as the pairs trade. The accessibility of the pairs trade is its appeal.

Pairs trading offers the possibility of making money by taking simple, low-risk bets. The pairs trade is market-neutral, which means that the broader market’s direction has no bearing on whether it wins or loses.

The goal of pairs trading is matching two trade vehicles that are of high correlation. Profit is gotten from either of both positions if the pair regresses to its usual trend. The strategy has remained profitable over the years but most comes from a long position.

A recent study has also demonstrated that pairs trading can indeed be profitable, despite the fact that algorithmic and high-frequency trading (HFT) has largely confined this market to experts.

What do pairs mean in trading?

This is a quasi, relative price financial method that aims to compare specific similar companies or funds which capital stocks are now trading at a value correlation that is outside of their usual trading session.

The belief that a correlation is real and that two stocks will return to that associated connection after any divergence is the most critical thing to avoid when pair trading.

Just because two stocks have historically been connected does not indicate they will be correlated in the future.

Pairs trading offers the possibility of making money by taking simple, low-risk bets. The pairs trade is a market-neutral strategy, which means that the broader market’s direction has no bearing on whether it wins or loses.

Why do you trade in pairs?

When a trader notices a correlation disparity, he or she should use a pairs trade technique. The pairs trade is based on the past assumption that the two equities would retain a specific relationship. It can be used when that correlation underperforms