What Is Stagflation – The Best Guide 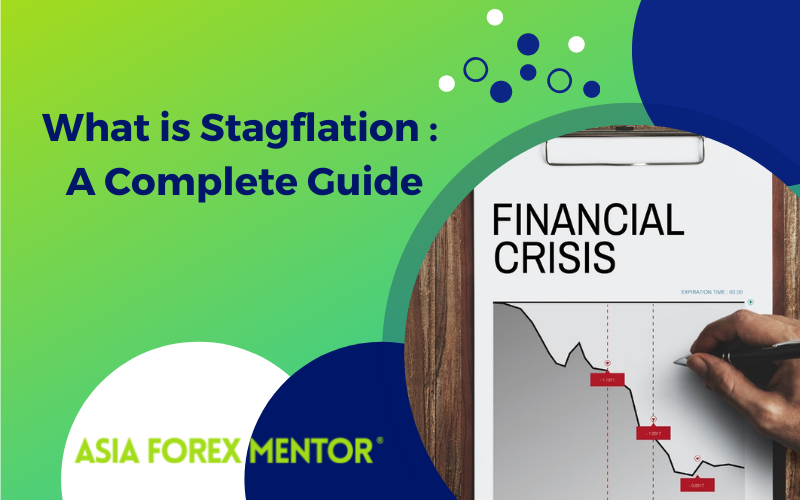 When prices of groceries, cloth, and regular services go up, it doesn’t just mean that people have extra cash laying around and are willing to pay more. This symptom is diagnosed as inflation by economists. It is an economic phenomenon when money loses its value and prices rise.

This increase in prices can be continued, multiplying every day. Sometimes making ordinary people billionaires, but not in a positive sense. They own banknotes that have the numerical value of billions in their local currency, but with them they can only buy some foodstuff and not luxury items. When you have economic stagnation, inflation occurs and turns into stagflation.

Most economies have ups and downs. When there is high unemployment, and economic growth is stagnating then you have stagflation. This is a strange phenomenon for some economists because inflation is something that should happen in weak economies. But not modern economies that have a balance banking system and government policies to stimulate development.

When you have a functioning economy, inflation is prevented by the slow growth of your economic output. Prices are low because the interest from consumers is also minimal. But when the government interferes with ideas on how to improve the economy it is disrupting the market.

This can snowball into a more serious problem for governments. Attempts to solve the problem with interventions designed to reduce inflation. The government prints currency to help the labor force. But in turn, raise unemployment and vice versa.

The problem gets more complicated when the economic policy of the government is an attempt to control inflation with price control and interest rates, but it fuels unemployment. 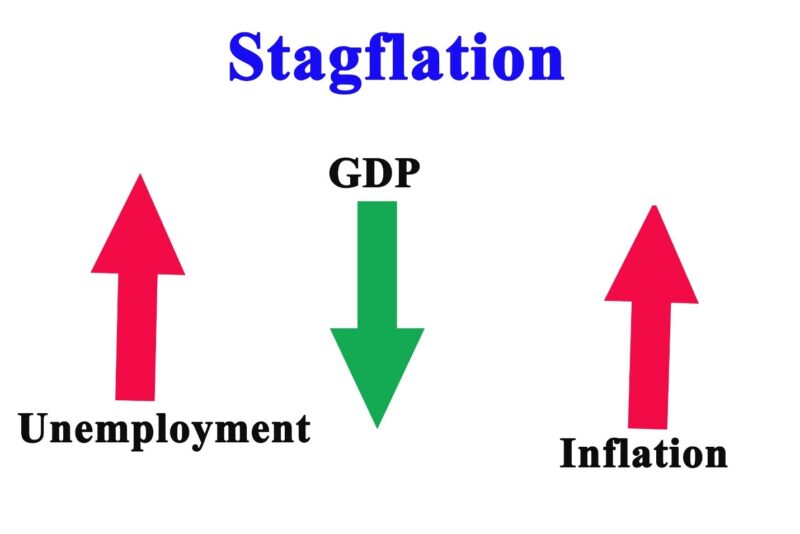 Central banks have a mission to control the level of inflation in an economy. They do this by controlling the money supply. But sometimes there is political pressure for more cash to finance infrastructure projects or for welfare programs. When the financial institution increases the money supply in circulation, by a larger level than what is recommended, the effect is inflation.

The problem is expended by an increase in taxes or other policies that are not showing the desired effect. The conflicting policies that aim to expand one sector but constrain other areas create stagflation.

Another theory is that stagflation is caused by a supply shock or a sudden increase or decrease in supply. If there is a unexpected rise in the prices like oil. Profits will decrease while prices will continue to climb. The conflict between increased prices and reduced profits leads to a stagflation situation.

There is another theory and that is that unexpected decrease and increase in supply can result in stagflation. The conflict between price surges and smaller profits can bring in stagflation.

The best example of stagflation occurred in the USA economy in the 70s of the last century to a standstill. What happened then has all the elements for a stagflation tsunami. The high economic growth in the two previous decades kept unemployment low.

But the paychecks weren’t enough to keep pace with the ever-increasing prices of consumer goods. The deciding factor was the oil embargo which shock industries. After a drop in demand, there was a prices spike that resulted in stagflation.

Stagflation appeared in Zimbabwe in 2018 and 2019. The economic problems forced the government to increase the money supply. In turn rising inflation and low economic output. This led to stagflation.

Economic Stagnation Can Cause a New Stagflation

The Covid pandemic interrupted economic activities forcing governments around the globe to implement measures to fight the crisis. In the USA this was done with fiscal stimulus checks, that were handed out to the population. The money for this payment that is in the trillions was printed on a large scale. This created fear of possible inflation.

Stagflation manifests when inflation is high, but economic growth is weak. In an era of global lockdowns that prevent factories from producing and consumers to spend. Many countries are experiencing this symptom. The factors are merging for new stagflation.

According to analysis, the current slowdown in the economy is because of supply bottlenecks. The optimistic view is that we are experiencing mild stagflation, that will go away once the supply problem is resolved.

Covid can cause Stagflation

Few factors are causing the mini stagflation the world is experiencing. Covid is increasing production costs and reducing growth. The labor market is limited and many workers are receiving benefits that will expire soon.  Some don’t want to work for fear that they may get infected. The fact that children need to be homeschooled also creates pressure on families.

The disruption of industries like logistics and ports causes increase prices for production. If not resolved soon this problem will start pressuring the system that tries to control them. And when people lose faith in the system inflation can be very dangerous. Economists believe that inflation is created by a lack of trust in the currency. When it goes over then stagflation takes over. It is not easy to solve the problem of stagflation.

Poor economic policies that lead to negative GDP growth, plus unexpected factors like the oil crisis in the 70s, can cause stagflation. Monetary policy is part of the macroeconomic theory and its mission is to fight price surge, energy prices and prevent inflation from remains steadily high.  High inflation and unemployment result in Stagflation. Labor statistics show that relatively high unemployment is one of the causes of stagflation. Fiscal stimulus to fight unemployment is not always effective.

In the 70s then-president, Nixon decided to fight stagflation by removing the country from the gold standard. The measure help stabilize the economy. This is a problem that many countries are facing in the present. Global stagflation may be a new phenomenon. The first serious stagflation was detected during the 1973-1975 recession. Back then the GDP growth was negative for five quarters.

Stagflation occurs by conflicting contractionary and expansionary fiscal policies. Many believe that changes in economic conditions, make stagflation unlikely in the modern era. The Covid pandemic is testing this theory.

The best way to fight this phenomenon is with real economic growth. The central bank needs to work on expansionary monetary policy and the government on economic expansion in accordance with economic analysis.

What is stagflation caused by?

What caused stagflation in the 70s?

The main factor was the oil embargo that was put in place by OPEC that disrupted many industries. The low supply paralyzed many businesses and created supply problems.

Is stagflation a depression?

No, the two are not the same. Stagflation is a combination of factors the cases low economic output. Depression is an economic slowdown that lasts for a long period.