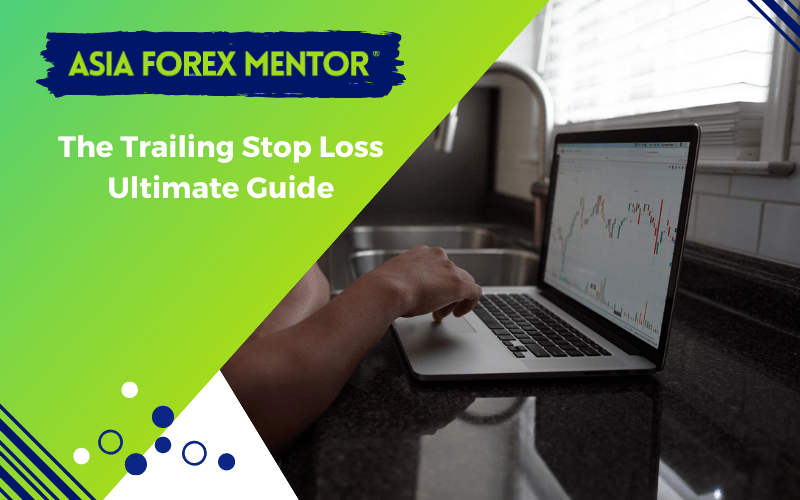 Successful traders hold their profits as long as possible and cut the losses as soon as possible, if you are looking to gain the maximum possible profit in a trade while keeping a limit on the possible losses on every trade, then trailing stop loss is the best trading tool. It follows the market for you and locks in the profits automatically. Trailing stop losses helps a trader to ride the trend by catching the maximum move of the trend.

What is a trailing stop loss

Trailing stop loss assists the trader in one of the most important trading decisions of identifying the exit point. Many traders go through emotional stress in deciding the exit point no matter it may be profit booking or cutting the losses.  In case of losses, the trader may get decide to wait further and end up widening the losses in most cases, on the other hand, the decision to book profits is swift for many traders, but once they book the profit they find the prices continuing to move further in a favorable direction. (Further read: Price Action Trading)

How to set a trailing stop loss

There are other options to manage this trade. The trade may continue to move in his favor but may reverse the direction before hitting the take profit. In this case, the position which was in a profit may lose all the profits and could even end up hitting the stop loss. The trader has an option to set up a trailing stop loss to avoid this situation.

Lets us assume in the above example, the trader chooses 25 pips as a trailing stop loss, the entry point of the trade was  1.8100 with a stop loss at 1.8050 and a take profit at 1.8200. If the position moved in favor of the trade for 25 pips the trailing stop will activate and change the stop loss. In this example of BUY position,  if the price moves to 1.8125, the position will be in profit of 25 pips then the trailing stop loss will activate and change the stop loss from 1.8050 to 1.8100, which is 25 pips away from the highest point reached.

The trailing stop loss advances the stop loss point if the price moves in favor of the trade. Let’s assume the trade further advanced and moved from 1.8125 to 1.8126, then the stop loss will be changed to 1.8001 to maintain the 25 pips difference from the highest price. The movement of the stops will continue to do the same. But if the price dropped from 1.8126 to 1.8124 or lower the stops will not be changed they will continue to stay at 1.8001.

Thus the trailing stop loss will change the stop loss and increase the profits as long as the price continues to move in favor of the trader and lock them if the price reverses direction. (You can open a mt4 account here)

Trailing stop losses are similar to stop losses there is no guarantee that the stop will be executed and filled at the same price, during volatile markets there may be a slippage.

Let’s assume that at 1.1825 there is a stop order for 1 standard lot, this order may be filled at the same price or slightly lower than 1.1825 or higher than 1.1825 but the order will be filled for the whole lot.

In the above example, if there was a limit at 1.1825 for 1 standard lot, this order will only be filled at the same price, but if the markets are volatile then the broker may fill only a partial quantity of the order as the broker may not be able to find a counterparty for the entire lot. The limitation of limit order may turn counterproductive if the position is not closed in its entirety.

A stop-loss order is fixed and has to be changed manually by the trader. It depends upon the trader to choose the type of protection required for the trading style.

What is a good trailing stop loss percentage?

Every technical trading strategy has its way of defining the stop loss. Scalpers have a different mindset regarding the stop; a swing trader may look at stops in a much different way than the day trader. A trader trading with a 5 minutes chart or a15 minutes chart will have a completely different approach to looking at the stop loss levels than a trader working with 4 hours charts or a daily chart.

As a general rule of thumb, most traders take 2 % risk per trade. Their stop loss is placed to trigger and close the order if the losses exceed 2 % of their account. A trailing stop loss must be placed to balance the risk and also should provide enough room for the market to fluctuate.

However, the calculation of the stop loss percentage needs to be done keeping into account the requirement of the applied trading strategy.

The best method to use the trailing stop is to use them as a percentage of risk, since the risk percentage of a stop is already calculated and is incorporated in the trade plan it is considered the most appropriate method.

Let’s assume that a trader prepares a trading plan to risk 2 % of his account and targets a 4% gain. As a standard practice, the trader would place a stop loss at 2% and will place a take profit at 4% according to the trade plan. The result would be as per the price movement and the market condition.

Every trader likes to hold their profits as long as possible, and like to keep their losses to a minimum, but most of them eventually fail in this quest, due to fear and greed. Many traders tend to close their positions as soon as they see the profits and will keep holding the losses to its maximum, wiping out most of the gains from the successful trades.

On the other hand, new traders tend to keep their stop losses very tight due to the fear of losing and end up hitting the stop-loss frequently. The result will be a long sequence of stop losses and will make the trader lose money and faith in the markets.

Trailing stop losses helps a trader to negotiate the emotions of fear and greed and to become a disciplined trader. The trailing stop loss provides the trader with a safety mechanism from the emotions of the trader. The most frequently asked question in a trader’s mind is timing the exit. There tends to be a continuous battle in the mind of a trader to pull the trigger or hold, trigger happy traders keep on pulling the trigger.

Long term trading decisions require a trader to stay in the market and move in line with the price movements. Long-term traders may not be able to stay in front of the market and change the stop loss frequently, but keep reasonable trailing stops and allow the markets to move and make sure that they stay in the longer trend.

Many people fear the word stop loss. But stop losses if planned effectively is beneficial to the trader in every possible way. Trailing stop loss once placed effectively will make the trader benefit from the trend and will save from bad decisions and unforeseen market reversals.