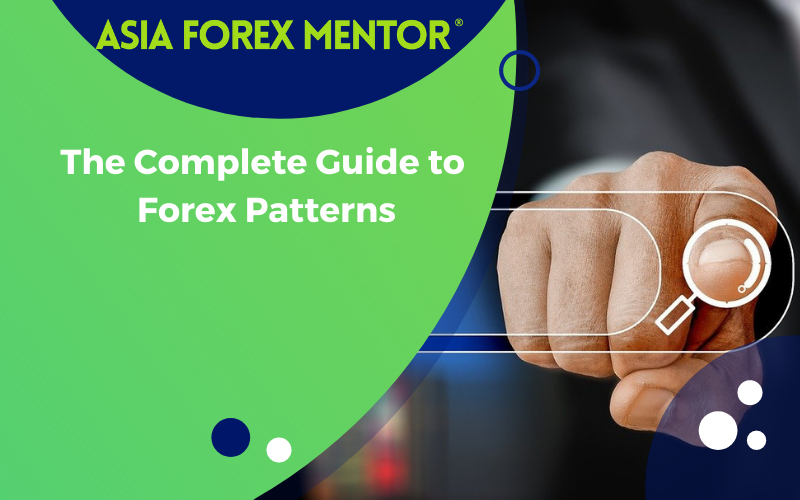 Charts record every price movement of the trading instrument.  Charts reflect the traders’ sentiment in any given market scenario and depict the underlying mindset of the buyers and sellers. Traders tend to behave mostly in a similar pattern in identical situations. Since charts are a result of the actions of traders, the trading charts reflect patterns. Forex patterns and stock market patterns are similar to each other as the trader’s sentiment mostly drives these markets.

A deep understanding of these patterns provides the trader with the best entry and exit points and enables the trader to benefit from the entire trend movement. Successful traders master these forex patterns since they repeatedly occur and present multiple opportunities. The chart patterns appear in all time frames and are suitable for all kinds of traders. Both new traders and advanced traders can trade the patterns with great success.

Chart patterns are formations visually identifiable by the careful study of charts. Completing chart patterns indicates the beginning of a new move, a new leg of the price movement, or a reversal of the current trend direction. Completion of a chart pattern enables the trader to identify the best entry point in the market for swing trading as it indicates the beginning of the next big swing move.

The following patterns indicate a strong possibility of continuing the existing trend and are classified as continuation patterns.

The patterns mentioned below provide the trader with an indication of the end of current trend and signal the beginning of trend reversal in the opposite direction.

Based on the direction of the ability of the patterns to indicate the potential price direction, the following can be classified as bullish patterns

The most important of the chart patterns is a head and shoulder pattern; it is a bearish reversal pattern. This pattern provides an entry point and a stop loss; the take profit is calculated as a multiplier of stop loss. Its distinctive left shoulder identifies the pattern and a head followed by the right shoulder. The neckline is another critical component of the head and shoulder pattern, neckline is drawn connecting the base of the shoulders and the head. The pattern is completed once the left shoulder, head, and right shoulder are formed, followed by the neckline break.

The neckline break by the price is considered the best entry point, the stop loss can be placed on the high of the right shoulder, while the take profit can be calculated at a 1:2 risk-reward ratio.

This pattern is a bearish reversal pattern; the price makes a swing high at Top A. The price retraces back and then moves higher again to Top B but fails to create a new high, higher than the previous swing high. The price’s failure to make a higher high makes the price fall back to the neckline. The neckline is a horizontal line connecting the base of the lowest point of retracement point between point Top A and Top B.

The formation of both the tops A and B and the break below the neckline completes the pattern; a clear break of the neckline provides the best entry point and indicates the current trend’s reversal. The stops are placed above the previous swing high; profits can be booked at a reward double the risk.

The double top and double Bottom patterns are generally referred to as “M” and “W” patterns.

Triple tops and are an extension of the double top pattern and is a bearish reversal pattern. The formation of three consecutive tops and the price break below the neckline confirms the pattern completion.

The entry point is upon the neckline’s break, and the risk is calculated towards the swing high C, and profits can be booked at a 1:2 risk and reward ratio.

Triple bottoms are the opposite of the triple top pattern and is a bullish reversal pattern.

The rounded top pattern is a bearish reversal pattern. While in an uptrend, the price fails to keep moving higher and stalls around the highest highs, then retraces by making consecutive lower highs signaling the uptrend’s weakness. Price also makes consecutive lower lows, and prices start to move lower, visually creating a rounded top showing the price reversal. The pattern completes once the price breaks the neckline.

The rounded Bottom pattern is a bullish reversal pattern and is opposite of the rounded top pattern. It is traded once the neckline is broken and the stop are placed at the lowest low of the curve, while take profits can be placed at a reasonable risk and reward ratio.

The pattern is completed once the price breaks above the triangle. The stop loss can be placed at the previous swing low within the triangle and take profit levels can be set with 1: 2 risk and reward ratio.

Descending Triangle pattern is a bearish continuation pattern. Traders expect the prices to continue the trend after a brief pause in the movement. These patterns provide the best prices to book partial profits and to add more positions in an existing trade.

A falling wedge pattern is a bullish reversal pattern. The pattern consists of 2 falling trend lines, with prices moving within the trend lines. The trend lines converge each other but do not join to form a triangle at the current market price scenario.

A rising wedge pattern is a bearish reversal pattern. The pattern is formed by two rising trendlines, converging in the end but not forming a triangle.

Entry is confirmed once the prices break below the rising trend line B, with stops above the previous high, the profits can be booked with a good risk and reward ratio.

Pennants are continuation patterns; depending on the formation within a trend, they can be classified as bullish or bearish.

Pennants are mostly formed during a trend and could be traded by new and experienced traders. The pattern tends to form frequently and provide good additional entry points. Many traders add multiple positions to ride the trend more profitably.

Double tops, double bottoms, head and shoulders, rounded top, Rounded Bottom, triangles, and Pennants are a few profitable patterns to name. However, most patterns can be traded profitably and would provide a higher risk and reward ratio.

It’s best to prepare a summary of all the patterns and keep it handy to assist while trading.  A comprehensive pdf of forex patterns can be downloaded here.

It’s best to prepare a summary of all the patterns and keep it handy to assist while trading.  A comprehensive pdf of forex patterns can be downloaded here

Trading after the pattern’s completion is essential for successful trading; however, traders tend to be impatient and enter the markets early. Mere completion of the pattern does not warrant immediate price movement, so traders need to look for additional confirmation of price action before deciding to place the trades. Though patterns occur repeatedly, they may not be successful every time; they need to be validated in the context of price action as price movements are very dynamic

Best technical traders always look for clues in the charts and use the charts to make their trading decisions. Chart patterns provide the traders with invaluable insight and assist the traders in spotting the best entry points. It’s always recommended to keep a chart pattern cheat sheet handy in a pdf. For quick reference, you can download the 28 Forex Patterns pdf file here.